Archive for the tag “writing novels” 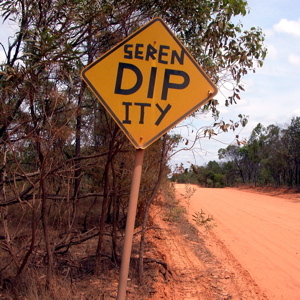 One of the wonderful things about writing novels is that serendipity often lends a helping hand.

When I was starting to write my first book, LAVENDER ROAD, my car had broken down and I bumped into a wonderful local lady, Laura Boorman, at a bus stop on Clapham Common. Inevitably the bus was late, and we fell into conversation. It turned out Laura had lived in London right through the war years. She was a mine of information, and many of her memories crop up in the Lavender Road books.

A couple of days later the garage owner introduced me to an actor who in turn put me in touch with the lovely Mary Moreland who had been a celebrated concert artiste in the 30’s and 40’s. Much of Jen Carter’s turbulent career in SOME SUNNY DAY and the other books is based on Mary’s experiences.

Just as I was beginning to think about the SOE angle for ON A WING AND A PRAYER I was invited to an uncle’s birthday party at the Special Forces Club in Knightsbridge. There, I not only discovered the tragic staircase of pictures of agents killed during the war, which was a salutary reminder of the incredible dangers those men and women put themselves in for the sake of their country, but I also found information about certain young female agents and was therefore able to base Helen de Burrell’s adventures much more on reality than invention.

While I was researching the early development of penicillin for LONDON CALLING, I discovered by chance that an old family friend, Antony Jefferson, had been a medical student at the time (1942) and actually visited the laboratory in Oxford where Professor Florey and his small team were attempting to create a therapeutic drug. Things were so short in those days that they had to resort to using bedpans to grow the cultures in as they simply couldn’t find any other suitable receptacles. Antony had also survived a torpedo attach in mid Atlantic. Some of my readers will recall Jen and Molly’s dramatic escape from their sinking troopship in the Mediterranean, all based on Antony’s experiences!

I had already begun writing my most recent Lavender Road book, THE OTHER SIDE OF THE STREET, and was trying to find useful details about the women’s services during the war years, when I asked Eirian Short (a famous local embroiderer) for some advice on a tapestry I had recently inherited, only to discover that Eirian had joined the ATS in 1942 and remembered every detail! Although I should add that Eirian’s military service history was exemplary, and my character Louise Rutherford’s various high jinks are entirely her own!

Now, as I draw to the end of writing Book 6 (as yet unnamed) I’m glad to report that the same kind of thing has happened again. I won’t tell you exactly what because I don’t want to give the story away yet, but suffice it to say that serendipity has once again played a part, and for that I am profoundly grateful!

Helen Carey’s latest novel, THE OTHER SIDE OF THE STREET, was published by Headline on 6 April 2017 and is now available at your local Amazon store.

Like Loading...
Posted in helen carey posts and tagged books, helen carey, helencarey, Lavender Road, LONDON CALLING, ON A WING AND A PRAYER, serendipity, Some Sunny Day, THE OTHER SIDE OF THE STREET, writing, writing novels

When is the best time to write a book? 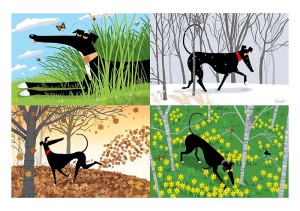 I recently read an excellent article by Professor Alexandra Harris in The Author Magazine about the best weather for writing.

Traditionally people have associated springtime with artistic creativity, all those budding plants and trees somehow linked with the germination and production of creative ideas. But for a rurally based author (like me) spring is a very busy time, flowers might be bursting into life, but so are the weeds, and what with planting and potting on, and doing all the garden chores that are so unpalatable in the dark days of winter, there is little time left for writing.

Then there is summer. Surely those long warm days lend themselves to the creative process? Well yes, but they also attract visitors. Living in an idyllic spot by the sea (as we do) makes the summer even more busy than spring. All our lovely city dwelling friends who baulk at the thought of Welsh winter mud and rain, descend on us during the summer, and so, instead of writing, I find myself picnicking on the beach and hosting endless jolly barbeques in the (well-weeded) garden.

Autumn seems the obvious choice for a decent bit of writing. It isn’t so hot and the children are back at school so there is less to distract me. But no. Because now the people who want to avoid school holidays arrive, older couples and single friends, wanting long quiet walks on the coast path and equally long talks about life and loves.

So maybe I should pin my hopes on winter. But winter in West Wales is not to be taken lightly. Not only is there the problem of resisting the urge to hibernate, there’s the problem of hours spent persuading our elderly dogs to venture out into the howling gales, of the need for warm baths afterwards.

Then even when we authors do find time to pen a few words, there is the issue of trying to write about the season that we aren’t actually in. It is hard to think about snowdrops during long hot sultry August days, and equally hard to remember that lovely feeling of sun on skin when sleety winter winds are rattling the windows.

But somehow, word by word, chapter by chapter we get it done. Sometimes we have to retreat into our own cocoons, spurning entertainment, and alienating our friends and loved-ones.

Because books have to be written. And for those of us who don’t have the inclination or indeed the stamina to write all night, finding the time to work is an ongoing problem. Because time is what all writers need. We need to live – ‘to fill the creative well’ – as Julia Cameron puts it, but we also need time to write.

Helen Carey’s latest novel LONDON CALLING is now available in hardback, ebook and audio versions. The paperback follows in December. All Helen’s other novels are available at Amazon, or in good bookshops.

For the last year I have been lucky enough to have a fellowship post at Aberystwyth University sponsored by the Royal Literary Fund.  This involved me sitting in a pleasant office on campus one day a week so that students (and staff) could come and consult me about writing issues. These ranged from queries from undergraduates about punctuation (whatever do they teach in schools these days?) to major structural issues in PhD theses. The idea is that novelists are ideally qualified to help students write both better English and better essays, and thus hopefully get more out of their courses – and better marks.

So from one hour to the next I found myself grappling with subjects such as Mary Shelley’s concept of sexuality in Frankenstein, the specific chromosome present in albino Palomino stallions, the psychological behaviour of dog owners when visiting vets, military law in Afghanistan, the music of an obscure Polish filmmaker or a report comparing the marketing techniques of Toyota and Ford.

But whatever the subject, the problems were normally pretty similar. Voice, grammar and choice of vocabulary were relatively easy to deal with, but the real reason those hoped for grades weren’t being achieved was lack of planning and structure.

Rattled by deadlines, students generally started writing too soon, before they had completed their research, mustered their thoughts or decided on the argument they wanted to make. So either they would get poor marks, or they would get stuck half way through the essay and come to me for help.

It is much the same with writing novels, scripts or even short stories. It is so easy nowadays to switch on the PC and launch straight into Chapter One. ‘I can always change it later’ is the mantra. Yes, of course you can tweak and edit, cut and paste. The good old days of Tipp-Ex and retyping are long gone.

But what it’s not so easy to do is change the theme, the voice, the plot progression, the character motivation or the story structure. Life becomes so much easier (and stories more readable and saleable) if those elements are sorted out first. It’s when those go wrong, (as they so often do,) that you find yourself, like Nick Clegg, with a half written novel in your bottom drawer.

So my advice to students and creative writers is much the same. Don’t start too soon. Mull, research, make endless notes, and mull again, until the moment comes when the story (or essay) is there, complete in your mind (or your notes), and all you have to do is write it down.

Castaway on the Island of Books

To make a change I am directing you to my Castaway interview for Felicity Lennie’s Island of Books. You might find it amusing and there are some reading/writing tips in there too …

Life gets in the way

Displacement activity moves in mysterious ways and takes many forms. It can manifest itself in things that we just ‘have’ to do before starting a new chapter, novel, (or even sentence), or in emotional issues that stop us from feeling in the ‘right’ creative mood.

Some of these excuses are real of course. Some of them really do have to be addressed before starting work, but some do not. Sorting out the difference between these categories is a nice little piece of displacement activity in its own right. In this scenario the inhibiting effect often manifests itself in the activity of creating lists.

Now clearly lists are useful things, (or ‘organisational tools’, as a time-management guru might say) and there is something very satisfying about crossing items off a list. The only problem is that the one thing we really need to do – our writing – often doesn’t actually appear on the list. Instead of  ‘take goldfish to vet’, ‘find fresh sardines’, ‘apologise to Cynthia’, ‘check recipe’, ‘ring estate agent’, ‘update telephone list’, ‘pay off rent boy’, ‘get eyes tested’, we should have ‘work on character motivation’, ‘finalise story structure’, ‘research Iris Origo 1942’, ‘ask Paul how long it would take a submarine to get from Algiers to Sicily’, ‘rewrite sex scene’, or even, ‘finish first draft.’

So why do we constantly put off the very thing we want (need) to do, the thing that bring us so much pleasure, so much reward, both emotional and, if we are lucky, financial?

I don’t know the answer, but it could be something to do with the fact that in our mind the envisaged novel or short story seems like a perfect jewel, the brilliance of which just might stun the world. But we suspect that when we write it down it’s not going to be quite the same, it won’t sparkle in quite the way we intended (or, sometimes, at all!) Maybe we are frightened of getting it ‘wrong’, of letting ourselves down, of our hopes being dashed?

Perhaps. But we also know we are writers, interested in things, and thus easily distracted.

Last week I spent a lazy afternoon reading a book about time management which recommends that I set a stop watch for three quarter of an hour sessions in which I do nothing but write. I subsequently spent a couple of pleasant hours finding and buying a stop watch. As soon as I finish this I am going to see if the technique works. I just have to get some crucial Tweeting done before I start, oh, and I’ve just remembered that the compost heap needs digging over …